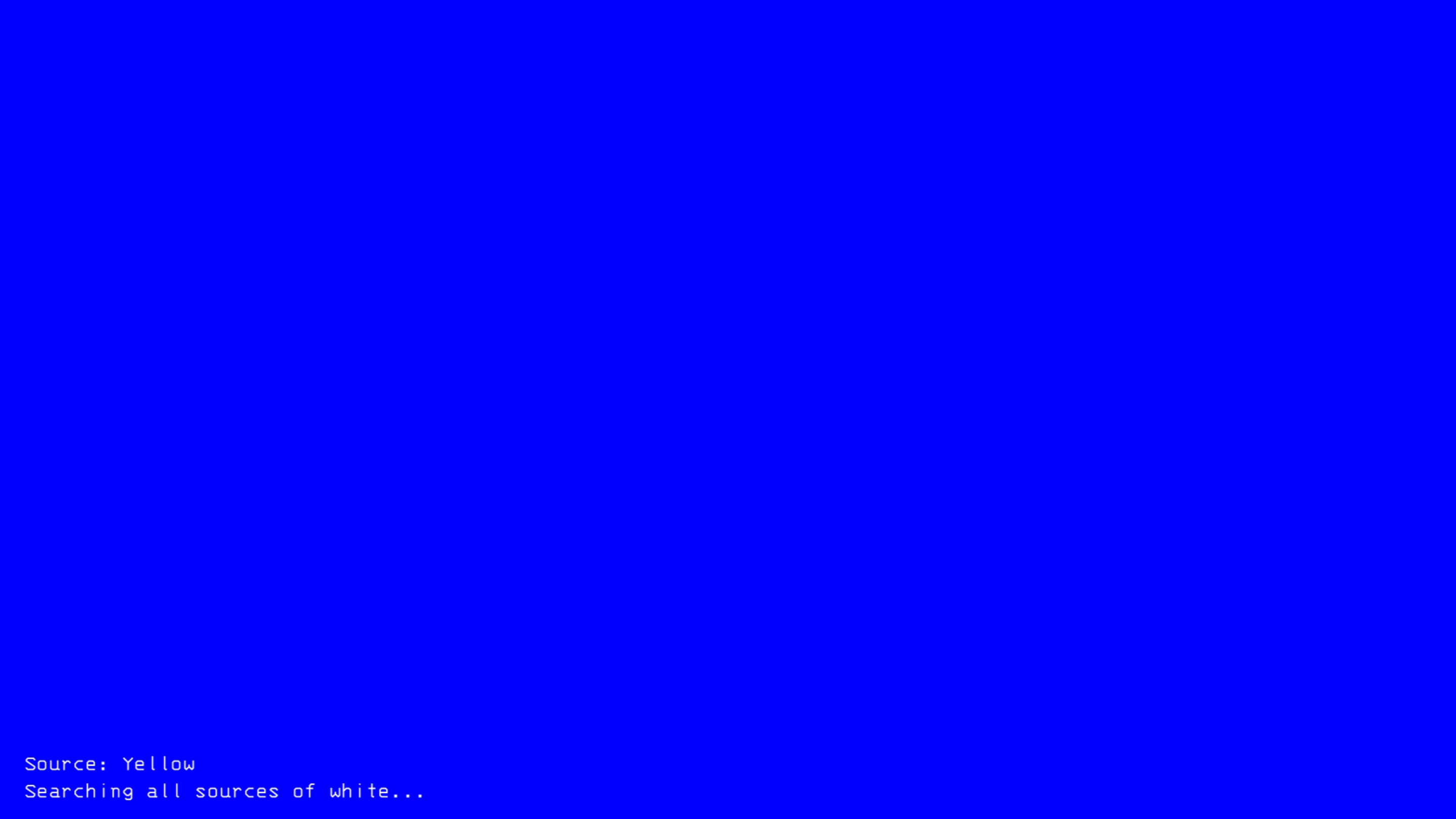 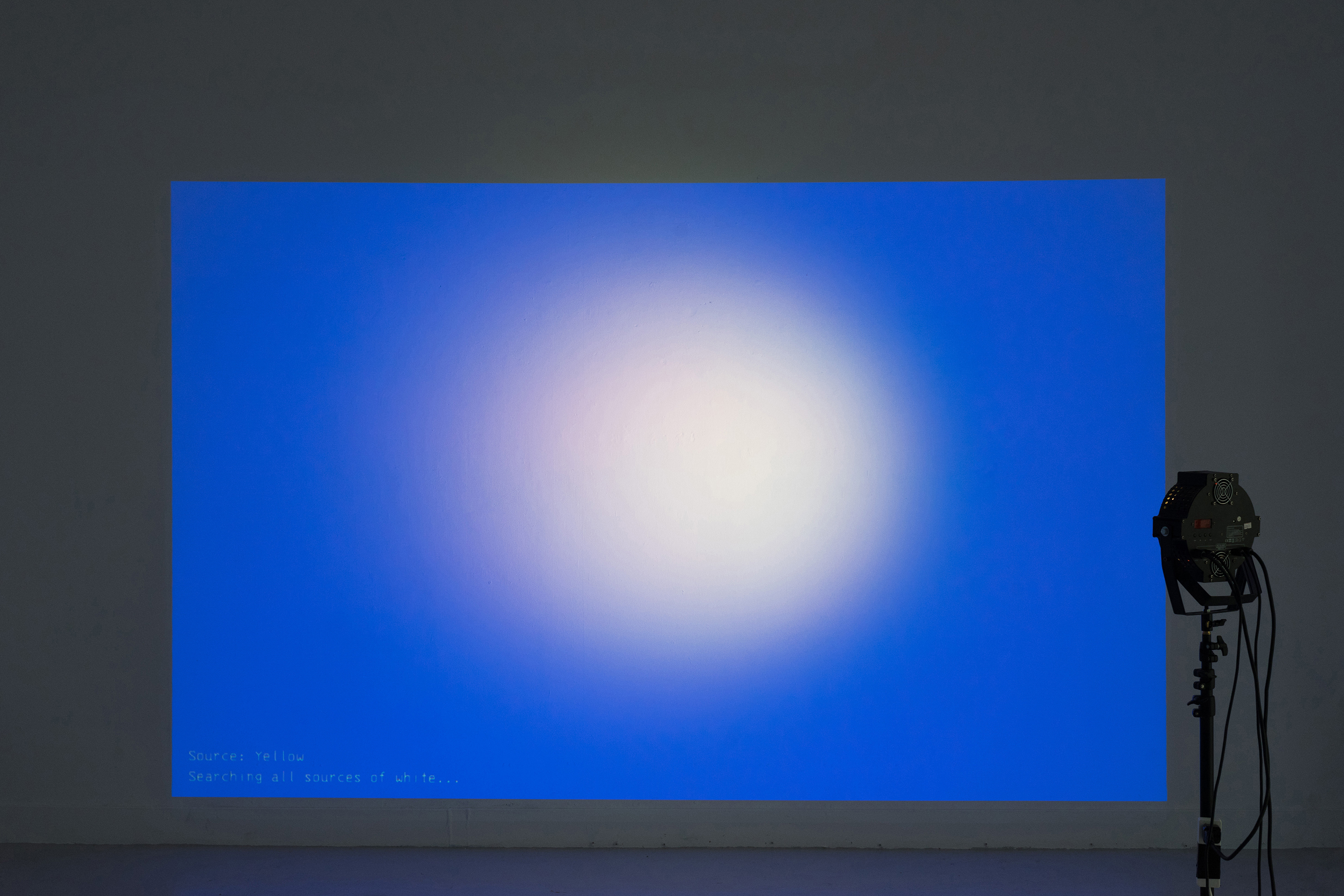 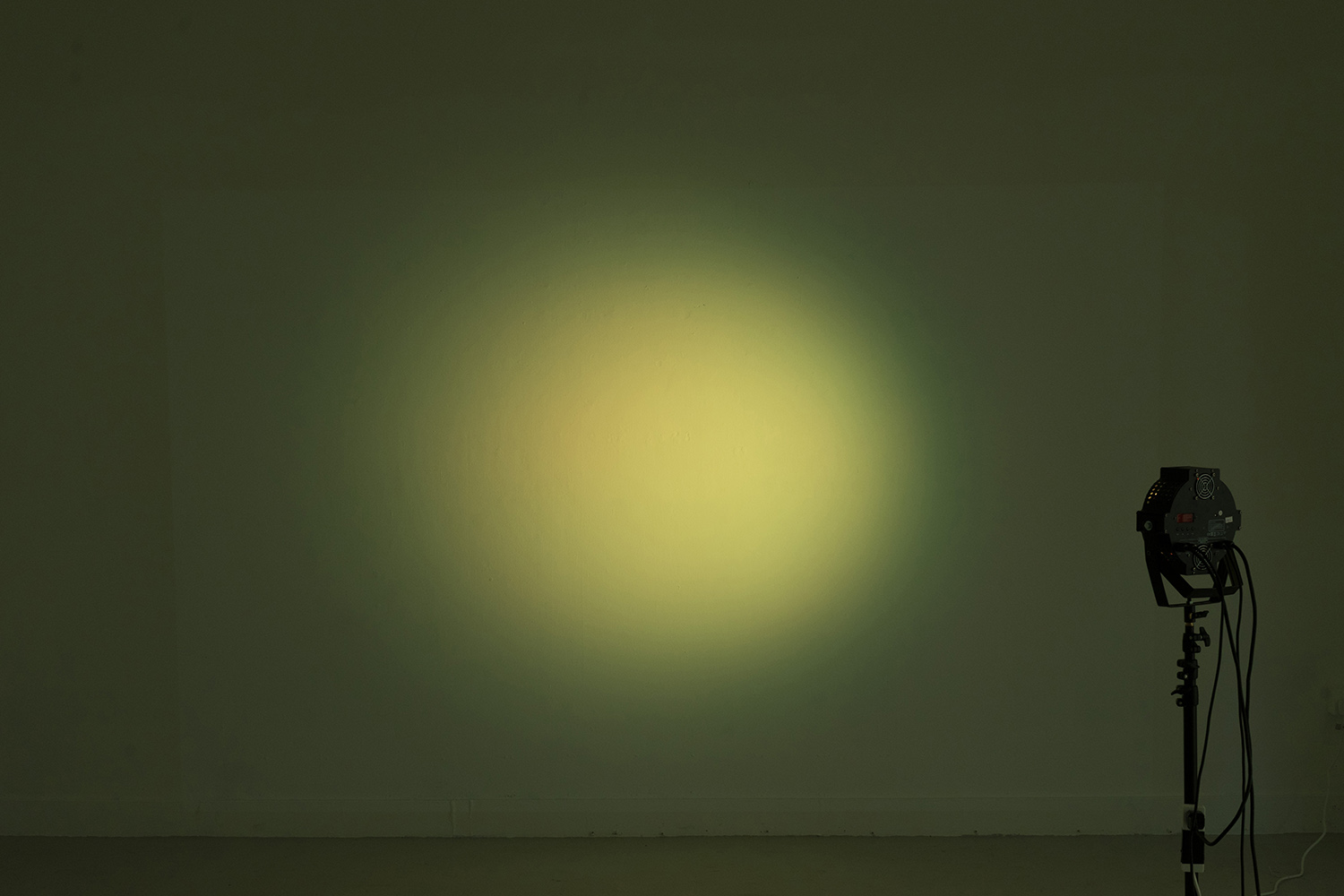 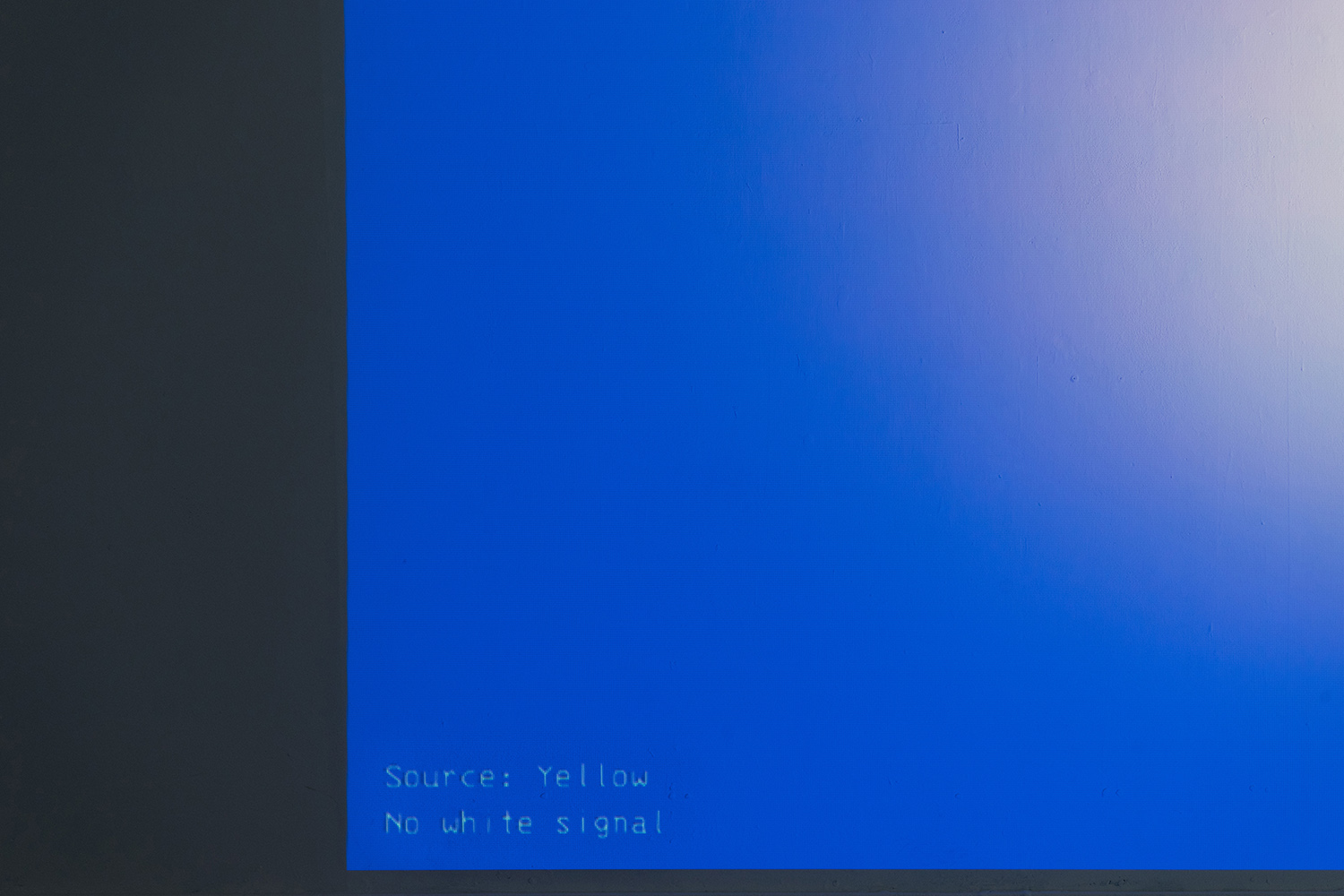 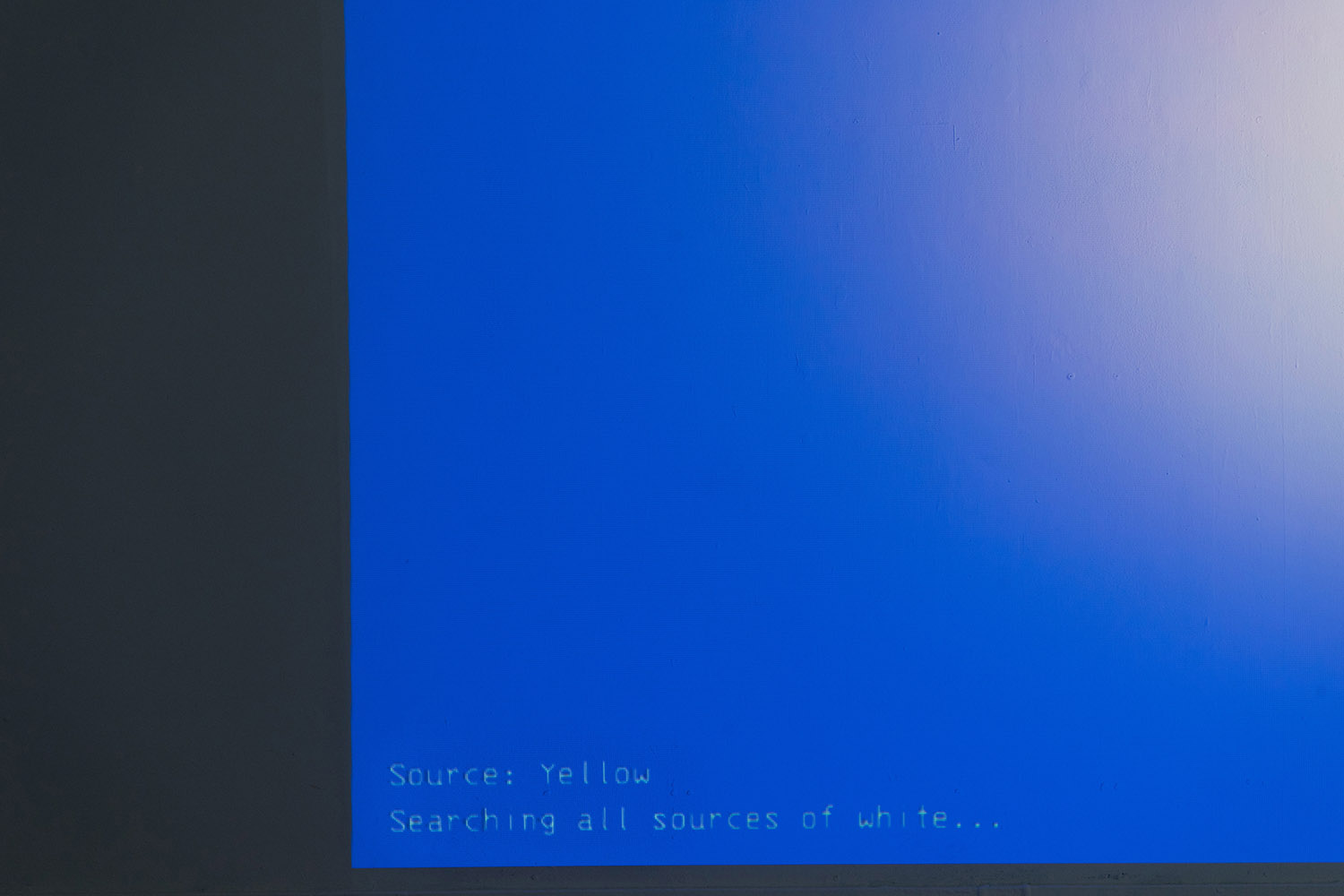 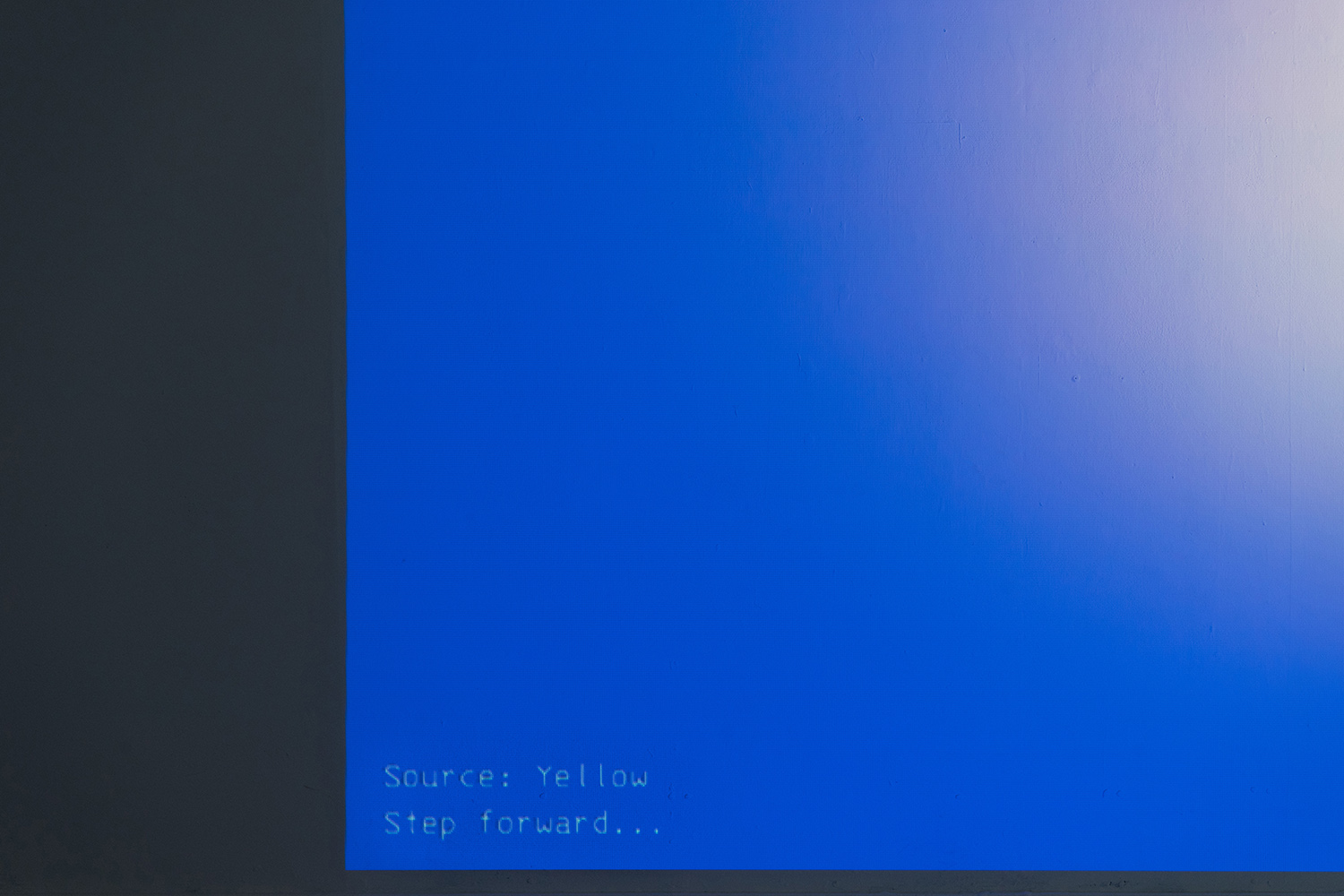 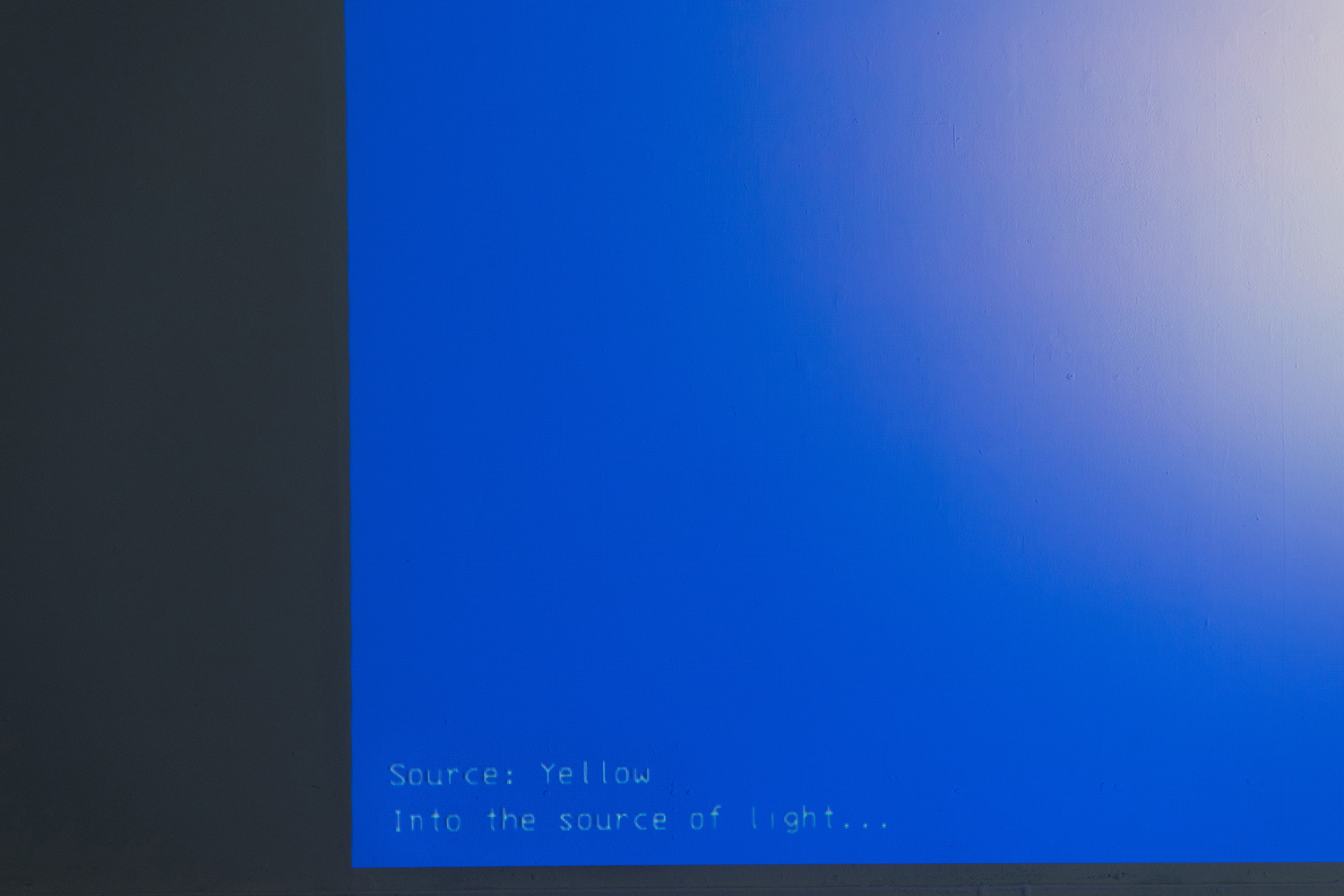 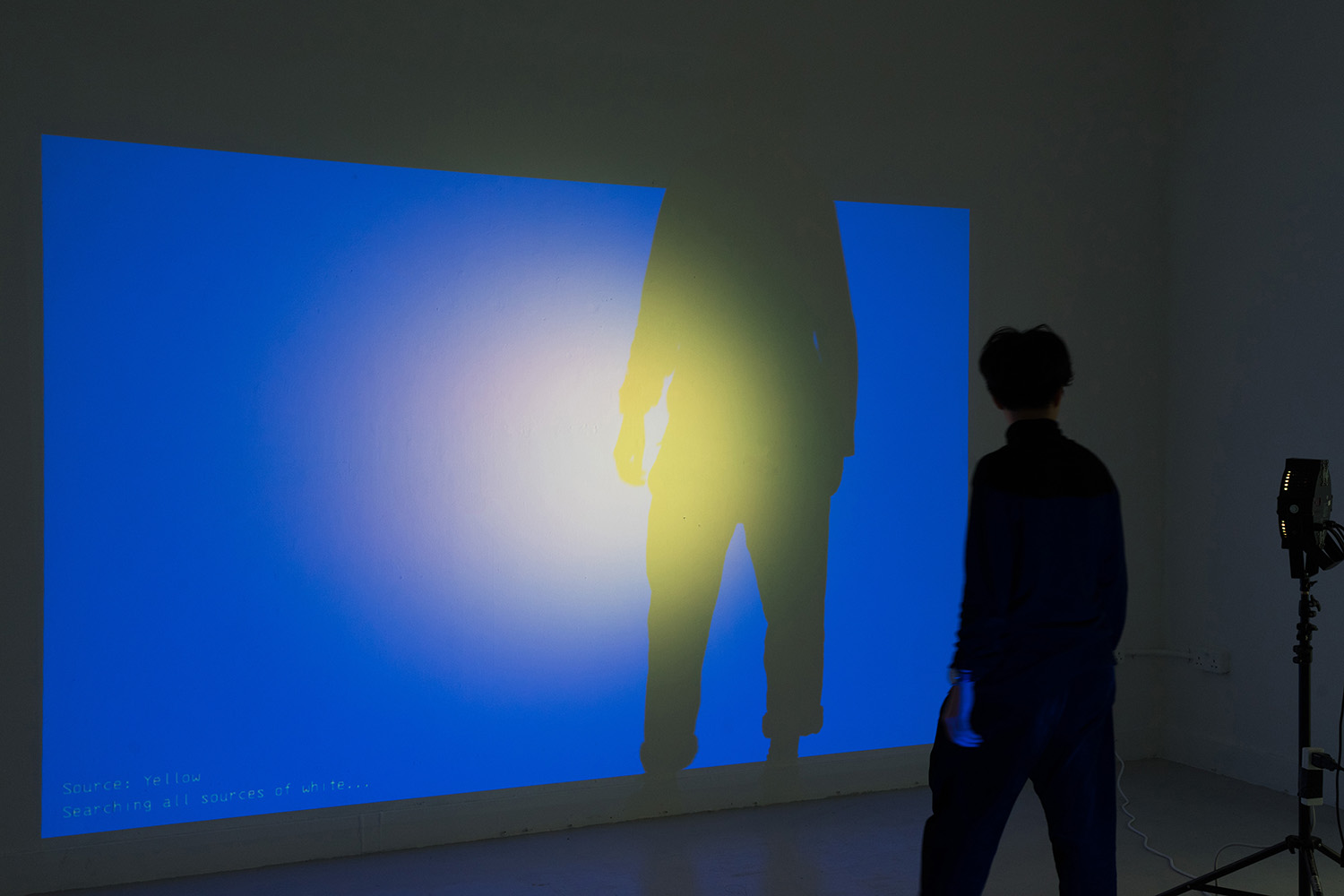 Searching All Sources of White presents the error as the landscape.

It is an interactive video installation examining the idea of the limitation of seeing. The projector projects a blue screen while a white spot falls in the middle.

Blue is often seen in a digital display namely default screen, calibration screen, sleep mode, and ‘Blue Screen of Death’. In an exhibition setting, this work gives the impression of a failure in the display when the projector displays a blue, standby-mode. Standby is a component mode in which a system is kept readily available in case an unexpected event occurs. A system may be on standby in case of failure, shortage, or other similar events. Searching All Sources of White makes use of fundamentals of the display to question the fundamentals of seeing by experimenting with standby mode.

We take the way we see the world for granted. But our experience of the world is shaped in part by our visual system. Impossible colours, which are sometimes called non-physical colours. According to the opponent-process theory, no colour could be described as a mixture of opponent colour. The combination of yellow and blue in this work is an example of impossible colours. The work reminds the audience to re-consider our perception and experience of the visual world.

The interaction is analogue rather than digital. The work invites the audience's body movement as a variation in the scene. The blue landscape is an illusion to the audience that the display device is having a malfunction situation. The switching text on the bottom first misleads the audience that it is a common standby mode text searching for the input source. It invites the audience to step into the projection area. When the blue light source from the projector is blocked by a body, a yellow light appears. The white spot in the middle is never a white light source. The white results from the addition of complementary-colour light source - yellow and blue. In the RGB colour system, mixing the primary colour blue with the complementary colour yellow would produce the colour white. There is a limitation of the human eyes which cannot analyse a mixture of complementary-colour light, results in perceiving it in white. The malfunction scene and the illusion of colour in human eyes encourage the audience to reflect on the limitations in the spectrum of human visual perception.